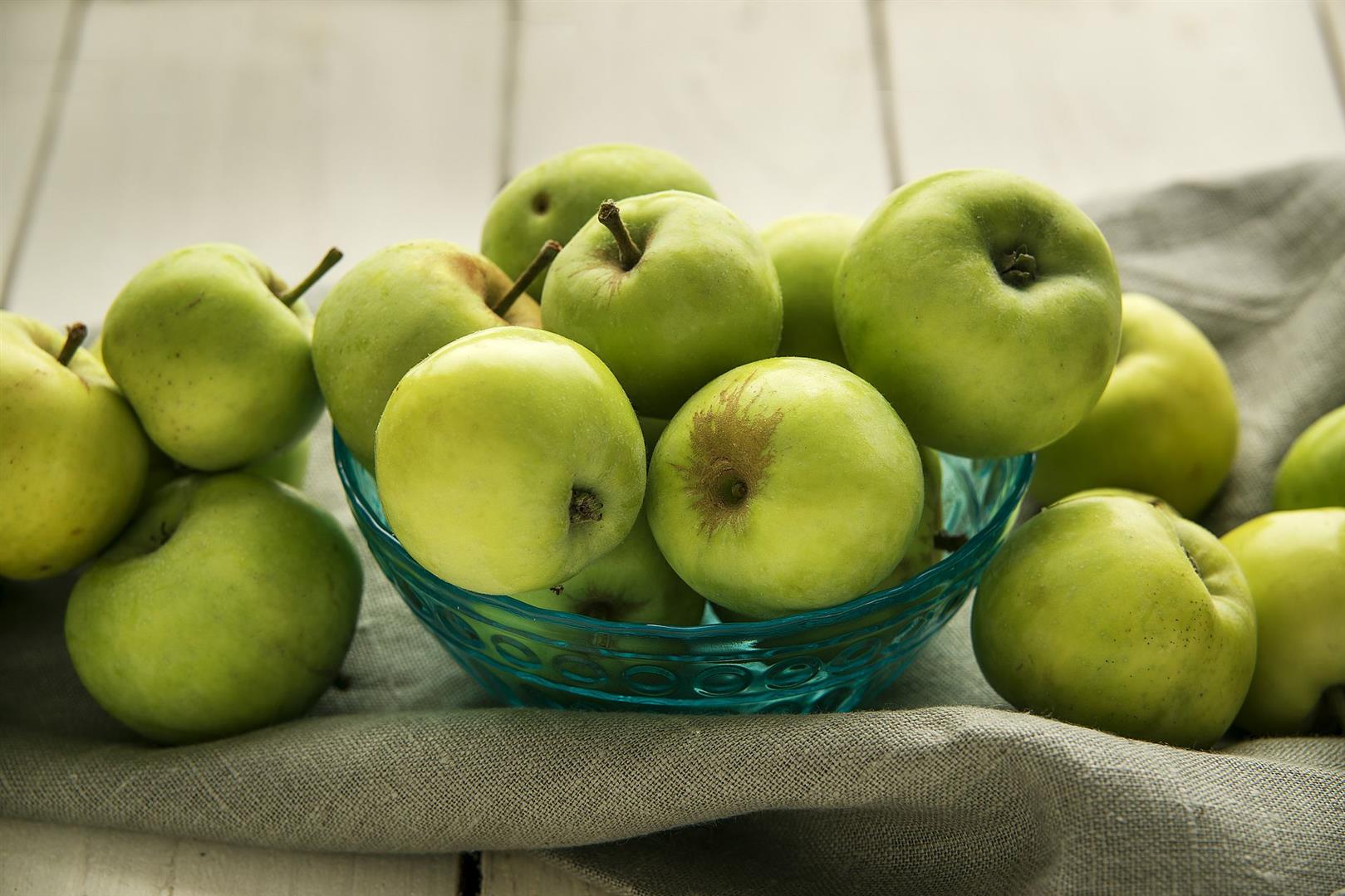 What do you know about "Silesian sausages" ("krupnioki śląskie")?

A regional product is a product that has been produced in a given region. When listing such products, they are usually referred to by names related to the location on the map of a given place. Regional products are products from a given place, whose high quality and reputation is associated with this region or the area in which they arise.

Among such products were also "krupnioki śląskie" (silesian sausages), a kind of sausage composed of pork with offal, with the addition of blood, buckwheat or barley, or both. As seasonings, onions, pepper and allspice are used. Krupnioki śląskie is one of the most characteristic meat products of the region, and its production in the past was associated with pig slaughter.

The name "krupnioki śląskie" was registered by the European Commission as "Protected Geographical Indication" - a European mark awarded to regional products of exceptional quality with a name referring to the place where it is produced and highlighting its relationship with this place, whose name also refers to this region. "Krupnioki śląskie" enjoys unflagging popularity not only in Silesia, but also throughout the country.

The gastronomic guide "Michelin" mentions "krupnioki śląskie" as one of the Polish regional products. It can be produced only in the Śląskie and Opolskie provinces as well as in the Dziadowa Kłoda commune (Dolnośląskie province).

Bars in a natural casing, clearly visible buckwheat on the section

The outer casing is clearly oily; 10 mm thick slices should not fall apart

Odor and taste characteristic of offal sausage brewed with the addition of blood and buckwheat; noticeable spices

Information about the tradition, origin and history of the Silesian krupniok was collected in the Upper Silesian Museum in Bytom in the ethnographic department.

From the archives of field research carried out in 1960 in the village of Dąbrówka Wielka and elaborated by Władysław Kwaśniewicz comes the following quote about this product: Later they drink, between the snacks and how they play, so they get dinner around 10th. It's the most everyone beats a pig, they have those krupnioki, they give this cabbage a sour-faced tea.

In the work devoted to the diversity of food consumption - dishes and meals and regional specificity at the end of the 19th and beginning of the 20th century Fri The food of the rural population in Silesia Zofia Szromka-Rysowa wrote, among others: Świniobicie, arranged at least once a year, also had not only an economic aspect, but also a social one, however, the hospitality was disappearing or disappearing. Everywhere, however, he is accompanied by distributing gifts from meat and preserves (especially the so-called krupnioki) around the village. (...) In order to satisfy the tastes of all invited guests, he is moving recently to move traditional dishes to less-exposed meals, that is, for supper or correction (eg in Dzierżysław: krupnioki, in Dąbrówka Wielka (...) According to old customs still cultivated by farming families, the hospitality is organized separately by the family of the groom and the bride, and the young after dinner go to the groom's house (...) the second dinner served in the evening: broth with liver dumplings, pork chops, "krupnioki", potatoes, .... (...) (...) on the day of correction (...) on the cold record: bigos, krupnioki, cured meat .... (...) We should also mention meat products, the most valuable of which were so-called. krupnioki, made mostly of tartar grits, so-called heathen.

In the collective work written under the direction of Mieczysław Gładysza - Stare Nowe Siołkowice, we can read that since the inter-war period, meat processing in terms of the number and variety of products has become large. This period is associated with the product of previously unused meat products, generally called wusztem, (...) which in effect replace the commonly eaten "krupnioki". (...) Still at the beginning of the present century, every cooked meat was a Sunday meal, and sometimes even only purchase of "krupnioki", while baked was only referred to larger celebrations. (...) The second breakfast, so-called frysztuk, made of "kołacz" and coffee, and supper krupniouki, golet, or jelly with pork legs.

In the book "Krupnioki" and "Moczka", that is, tales about Silesian cuisine, Wera Sztabowa described the traditions and culinary customs in Silesia and presented recipes collected in old books, calendars and verbal recipes. In this publication we find the following excerpts about "krupniok": You have to fill the pantries with all good - "kiszki", "krupnioki", intestines, brawn. (...) Pig meat (...) provides meat and meat for long winter months. There is a closer opportunity to eat delicious "krupnioki" (...). Family and friends are invited for the tasting. 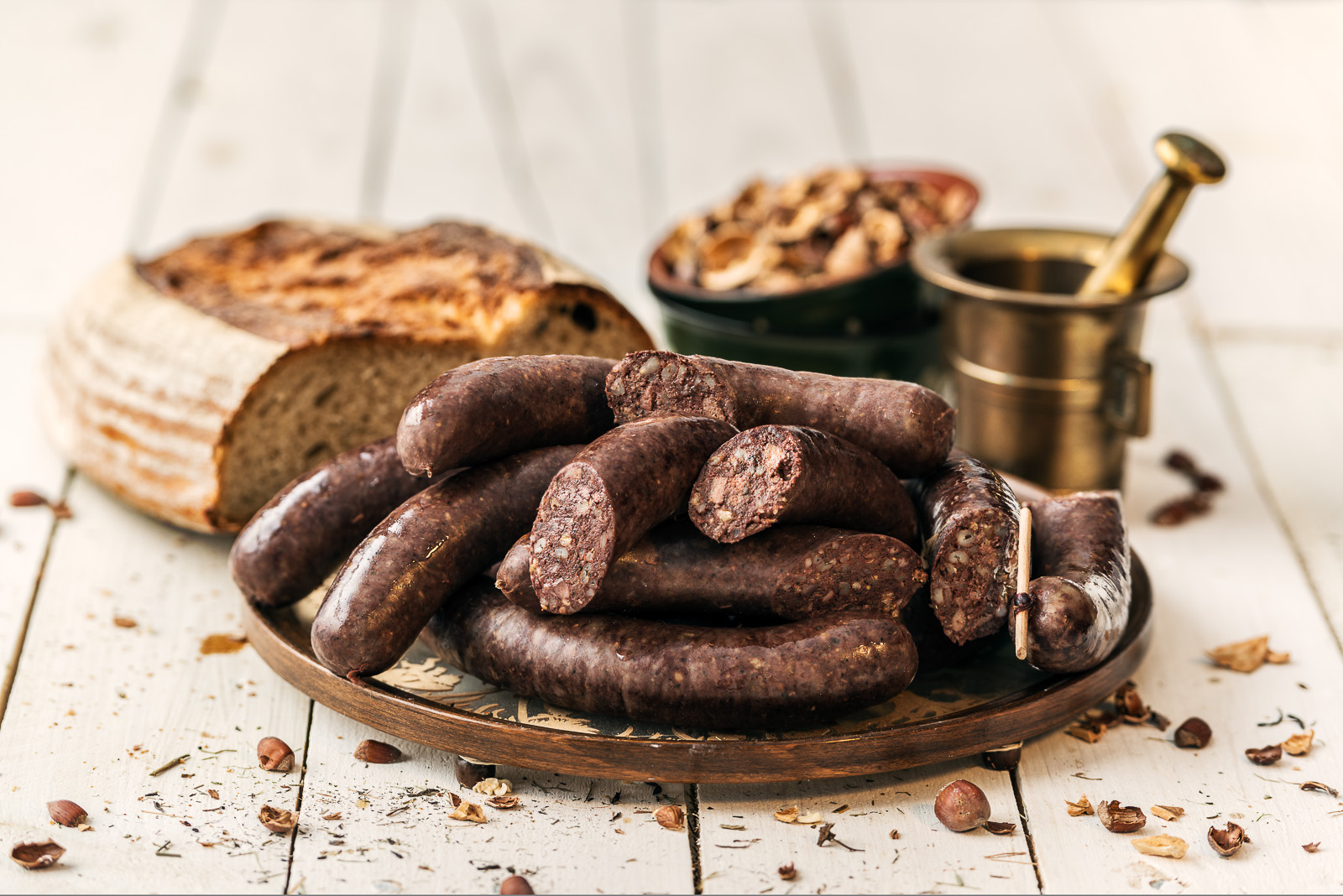